Homeless Court Forgives Those Trying to Do Better 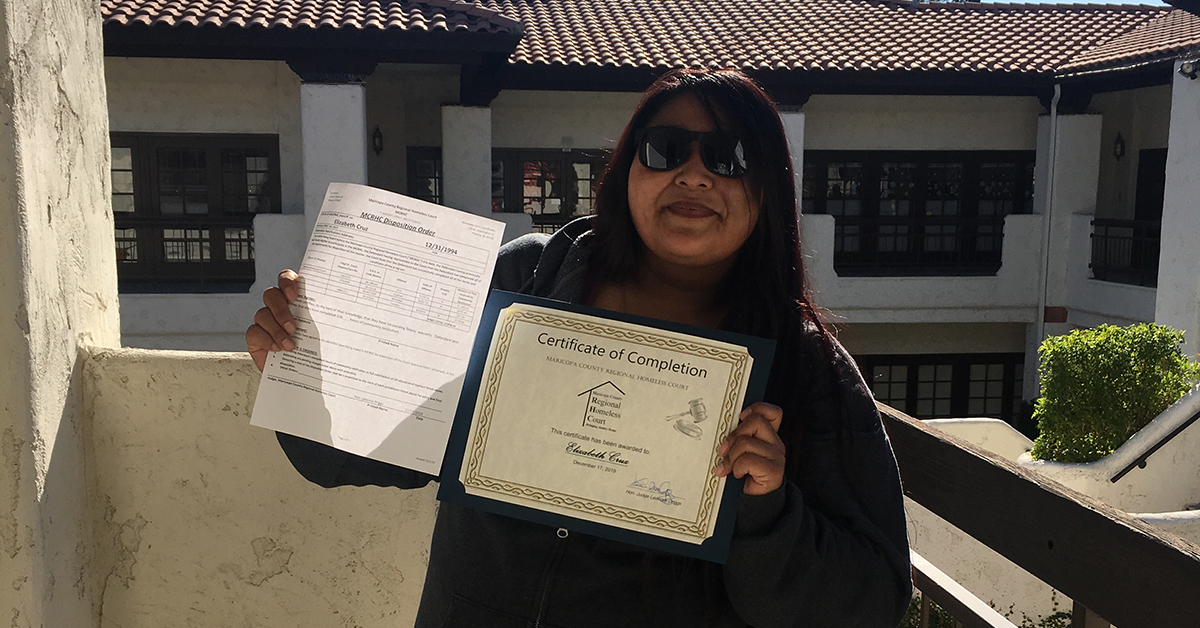 As a teenager, Elizabeth and her mother did not have the greatest relationship. At the early age of 17 years old, Elizabeth was no longer welcomed into her mother’s home. She had no choice but to find somewhere else to live. Along the way, Elizabeth face obstacles and make choices that would affect her life negatively down the road, one of them being dropping out of high school.

In her mid 20s, Elizabeth decided to turn her life around and began making positive changes as she is now a single mother of two. At the age of 25, she began taking GED classes to further her education. Soon enough Elizabeth would come across a flyer on campus with Live and Learn’s information. After reaching out to one of Live and Learn’s Client Coordinators, Elizabeth began her new journey.

Elizabeth made choices in her past that she knew were wrong. As a result of those choices, she received several court fines that she could not pay. These outstanding fines prevented Elizabeth from moving forward.

To address this obstacle, Live and Learn helped her through the Homeless Court process. The Homeless Court’s primary goal is to resolve outstanding misdemeanors, victimless offenses, and warrants for homeless individuals. To be approved by the Court, the individual is required to be part of an organization that is currently working with them to overcome homelessness. There are strict qualifications and eligibility requirements an individual must meet in order to be allowed to appeal to the Homeless Court (https://superiorcourt.maricopa.gov/mcrhc/).

With Live and Learn as her sponsor, the Court forgave $1,900 for Elizabeth in November 2019. The court sees that Elizabeth is working hard to change her life and that these fees pose a serious obstacle to her success.

As an intern with Live & Learn, this was my first experience with Homeless Court. It was a learning process. I spent a lot of time obtaining information from the client, filling out court forms, and completing an advocacy letter. After it was reviewed by my Live and Learn’s Program Manager Stephanie, the letter and forms were submitted to the Homeless Court. There was approximately a 3 month wait before it was approved by the Homeless Court.

Fast forward to today, Elizabeth has completed all of her GED classes and is currently studying to take the test later this month. As a single mother of two young children, Elizbeth made sacrifices to better their future. She recently stated, “Live and Learn has helped me with transportation, finding childcare, and helping me set goals. They have helped me in pursuing my career.” Elizabeth plans to further her education, start her desired career, and create a better future for herself and her children.

#AffordableHousing has become extremely scarce and it is affecting our communities. Join the conversation as we highlight the #HousingCrisis over the next couple of months. We want to hear from YOU! How is the Housing Crisis affecting your community?#hopewithaplan #AZWomen #empowerwomen #maricopacounty ... See MoreSee Less