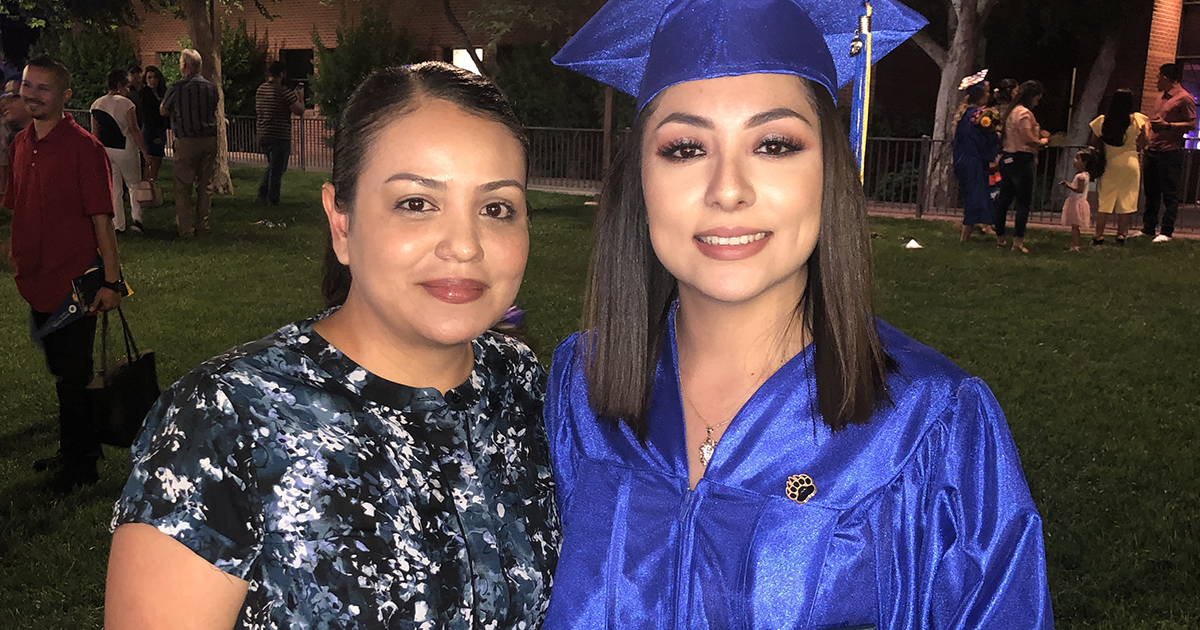 By her mid-20s, Brisa had lost hope. She worked hard in everything she did, from school to job to family, but still she could not seem to reach her goals. As happens to many in our community, the very institutions meant to help her were, instead, further destabilizing her and her family to the point that Brisa gave up.

Then, she found Live & Learn. With Live & Learn’s help and her hard work, Brisa is now thriving, and she is focusing her career on advocating within schools for change on behalf of children growing up in circumstances like those in which she grew up. 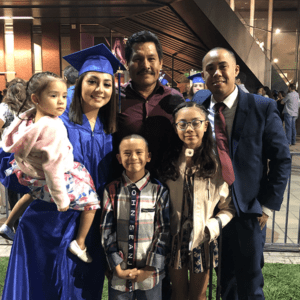 Brisa is the daughter of immigrant parents who sacrificed endlessly to make a better life for their five children. “We started off with 3 adults and 4 children living in a one-bedroom trailer in Central Phoenix. Growing up our dad would take us to landscaping jobs to help him on the weekends because he wanted us to understand how important education and a good job are,” Brisa remembers.

At 16, Brisa became pregnant and married her teenage boyfriend. They moved into an apartment together, her young husband working two minimum-wage jobs to make ends meet. Still, Brisa and her husband could barely pay the bills. Feelings of stigma and shame stopped them from using government assistance programs, such as WIC and SNAP, intended to help young families just like them. Nonetheless, Brisa excelled in school, pushing herself to continue participating in afterschool clubs and student government, even after she gave birth. She knew extracurricular activities interested scholarship committees, not the efforts it took to manage marriage and care for a baby while in school.

Brisa graduated, her extracurricular activities earned her a scholarship, and she enrolled in Arizona State University. Then, in her Sophomore year, Brisa got pregnant again. The daily commute from her apartment in an affordable area of Phoenix to ASU’s campus required miles of walking, multiple busses, and the light-rail. It took a toll on her health, and her doctor ordered her on bed rest. Brisa recalls, “I did not know what a medical waiver was. I had no idea that I had that option. I tried, I tried so hard. But I couldn’t keep up with my studies and do what was best for my pregnancy.”

It was 2008. Brisa lost her scholarship, and, due to the recession, her husband lost his jobs. They moved to a cheaper apartment, and Brisa became a stay-at-home parent. Her second child was born, and Brisa slipped into depression. During this time, she separated from her husband. “I felt stuck and just gave up,” she says.

A few days a week, Brisa began volunteering at the Head Start her children attended. Live & Learn offered a Childhood Development Associate training program at the Head Start, and Brisa enrolled. This experience kindled a passion for education in Brisa.

“Stephanie [Live & Learn’s Program Manager] helped me see my potential and would always tell me I am smart and that I need to go back to school. She helped me find scholarships and financial aid. She keeps pushing me and challenges me to meet the next goal. I honestly didn’t think it would be possible to go back to college because I thought I had lost my chance. I tried, and it was hard being a mom, wife, and student. I had lost hope.”

With Live & Learn’s support, Brisa came to understand and overcome the barriers to her success. Through mentoring and workshops on emotional health, she rose out of her depression and regained her self-confidence. Her Client Coordinator helped her to pursue her education and begin a professional career, step-by-step. To start, Brisa earned her Childhood Development Associate’s Certification and began working in a Head Start. “I saw so clearly that teachers make a big, big, big difference in children’s lives.” Then, Brisa transitioned to Phoenix College and earned an Associate’s Degree in Early Childhood Education. She became the first college graduate ever in her family, and she saw that there was no limit to the goals she could achieve.

Brisa began working in local elementary schools, where she was shocked to see that some very qualified and passionate teachers were disconnected from the lived-experiences of minority children, immigrant children, and children from low-income families. She witnessed teachers applying discipline in ways that Brisa knew were counter-productive for these children, whose lived-experiences she shared.

From this, Brisa found a bigger purpose to her life, a place where she could make a real difference not just to one child or one school, but to the education system. She decided to further her own education and become an advocate for these children, a force for real change within the education system. In 2020, Brisa returned to Arizona State University, 10 years after she was first forced to drop out.

Brisa is pursuing a Bachelor’s Degree in Bilingual Elementary Education at Arizona State University, and plans to continue through a Master’s Degree. Her career began as an assistant teacher, and she intends to become a principal one day. She is determined to make a difference not just to one child at a time, one class at a time, or even one school at a time. On behalf of children with experiences like her own, she is going to make a difference to the system.

Live & Learn Board Members are passionate about helping #GiveBrighterTomorrows to women in Arizona. Tell us why YOU believe in Brighter Tomorrows!#AZWomen #EmpowerWomen #HopeWithaPlan #BreaktheCycle ... See MoreSee Less

Give Differently this year. Instead of more stuff, give a donation in your loved one's name. The first 10 tribute donations of $40 or more will get a Brighter Tomorrows Bundle sent to the honoree including: Empower Coffee Roasters Coffee, Bee-lieve Beeswax candle and special message and card. Donate now tinyurl.com/brightertomorrows#GiveBrighterTomorrows #GiveHope #LiveandLearn ... See MoreSee Less