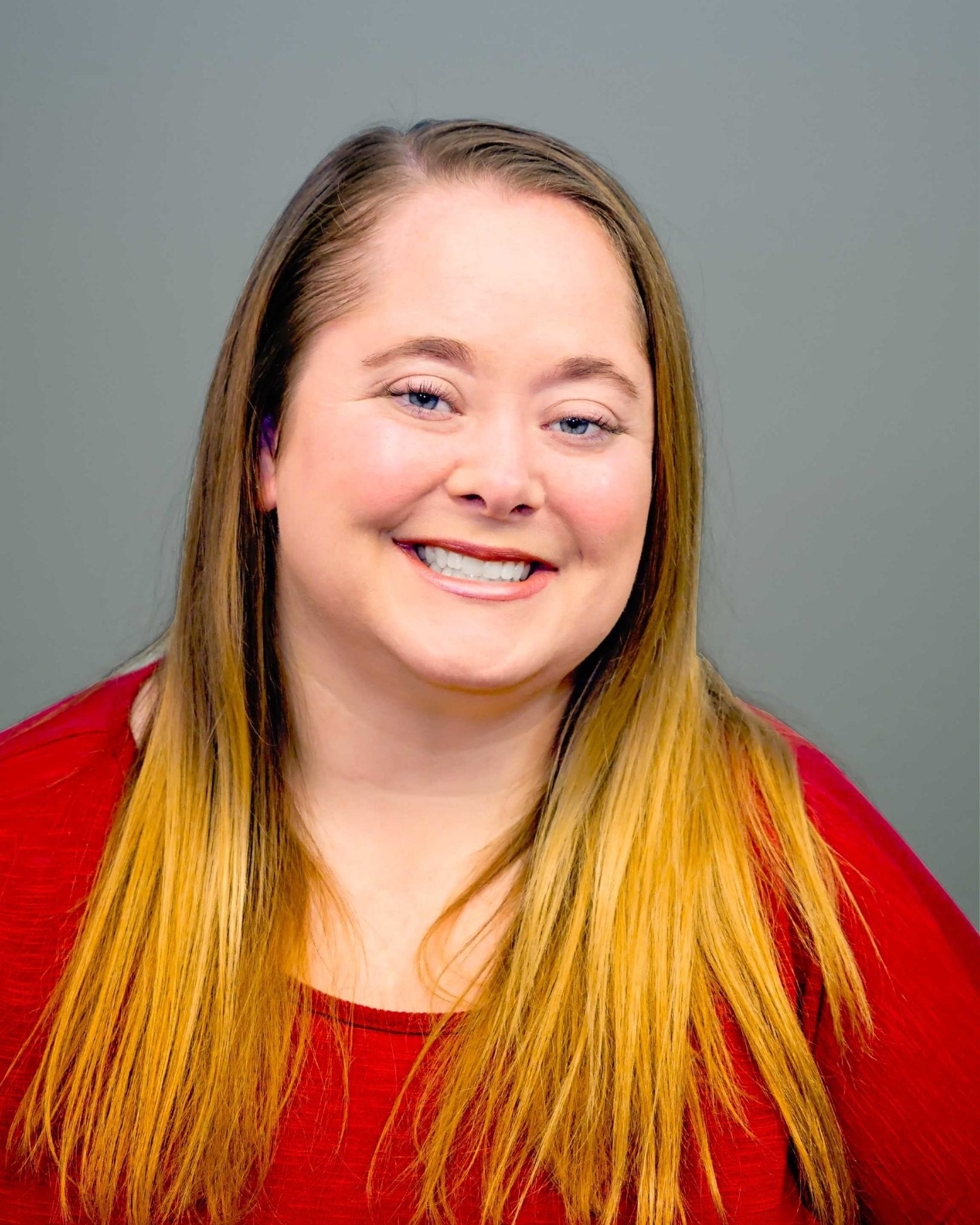 For 13 years, Jaymie lived in an emotionally and financially abusive relationship. She could see the effect it had on her two children, and she wanted desperately to leave for their sake. Without support, though, she returned, “cycling back” to the violence she so desperately wanted to escape. Then, in 2017, Jaymie was accepted into Live and Learn, where she has received the emotional and financial support she needed to break the cycle of violence, gain financial self-sufficiency, and heal herself and her children.

Jaymie remembers her teenage years as a difficult time. Her father passed away from cancer. She got pregnant and had her daughter. She struggled with self-confidence issues. “When I met my ex, I was just 19, but it moved fast,” she explains. “I was a young, single mother, and he showed an interest in me, and that was it.” They moved in together just months after meeting and had a child together the following year.

The relationship was emotionally and financially abusive, and it continued to grow worse as years passed. Jaymie describes her ex-husband as “always angry and always blaming me for his problems.” She was told constantly that her opinions and feelings did not matter. When she tried to talk about her unhappiness, he would frequently threaten to kill himself. This type of emotional abuse is common in abusive relationships, and it destroys the victim’s self-confidence and sense of self-worth so that she may feel that she deserves her abuse or that she cannot escape it.

Financial abuse is one of the most common forms of domestic violence; yet, it is one of the least discussed. It occurs when one partner inhibits the other’s ability to acquire, use, or maintain financial resources. As Jaymie worked two jobs at times and later worked as a licensed CNA, she put all of her earnings toward paying the family’s bills. Her ex-husband, however, used his money to take lavish vacations without her. When Jaymie tried to leave him, he took her life savings out of her bank account. With two children to care for, Jaymie had little choice but to stay with him and continue living at his parents’ house.

One day, Jaymie’s son was dangerously sick and her ex-husband refused to take him to the hospital. Jaymie realized it was time she started taking steps to divorce him. First, she enrolled at Pima Medical Institute. Her plan was to become a Respiratory Therapist so that she could earn more money, then divorce him. As she started classes, her marriage deteriorated still further. She was working as a CNA at night, taking classes during the day, and caring for her children. “He wasn’t helping me at all, and he was drinking a lot,” she remembers. “I began to really resent him, and that resentment was turning to hate.”

Jaymie left, but the abuse continued as she fought for a divorce. He told her she was ruining their family. He paid people to bully her on social media. “Some of the messages I received, I’ll never forget. They were so vulgar and cruel,” she says. The divorce is now finalized, but he continues the financial abuse by withholding child support.

“Live and Learn helped me see past my current situation and see that the future is going to be better.”

For a while after leaving, Jaymie really struggled. She lived off some tax refund money she had, and she continued to work as a CNA, care for her children, and go to school. Things finally changed when staff at Pima referred her to Live and Learn.

Live and Learn has helped Jaymie heal from the trauma of her abuse, pursue a livable-wage career, and create hope for a better future for herself and her children. During the worst part of her marriage, Jaymie suffered from crippling anxiety, but she credits Live and Learn with helping her to develop a more positive outlook. “So many times, I just wanted to give up, but I would talk to Ruby and she would fill me with positive and supportive thoughts. I would feel more calm and ready to keep working.” Live and Learn took some of the pressure off by assisting Jaymie financially, helping her with her bills at times and covering various education costs, such as the fees to take the Board Certification exams. Jaymie attended Live and Learn workshops on topics like financial literacy to learn how to manage her income to make the best decisions for herself and her children.

“The biggest thing has been learning how to take care of my kids myself, and I now see that as their mother my voice matters. My kids see what I’m doing and how hard I’m working, and they help me, they encourage me, they even do chores! My son tells me he is proud of me.”

In September 2018, Jaymie finished her classes. She took the Board Certification exams and passed on the first try. Within weeks, she had secured a good-paying position as a Registered Respiratory Therapist at Banner Baywood Medical Center. Ruby, her Live and Learn Client Coordinator, says, “Seeing Jaymie now compared to just a few months ago is like seeing a whole new woman. She is healthy and happy now!” Through her hard work and determination, Jaymie overcame incredible obstacles to create a better future for her family.

Jaymie is not done with school yet! She plans to continue her education and earn a bachelor’s degree that will allow her to advance her career. She is interested in going into healthcare management and becoming a program director.